Jessica Lynn Clinton was born in 1986 in Stuart, Florida. A lifetime resident of Port St. Lucie, Florida, she accomplished more in her 17 years than most people do in an entire lifetime. She was a student at St. Lucie West Centennial High School, participated in numerous school activities and maintained Principal’s Honor Roll. She was elected President of the Student Council her senior year in addition to being Captain of the Varsity Cheerleaders.

While these were outstanding accomplishments, Jessica’s greatest achievement was the positive influence she had on others. Jessica was known for her “million dollar” smile and made her parents and family very proud. Jessica was truly God’s gift, an angel here on earth.

On October 2, 2003 Jessica Clinton died suddenly following a cheerleading practice. It was determined that she had a heart condition known as Mitral Valve Prolapse. Jessica’s condition was severe, however unknown to her family and not detected in previous medical examinations.

Each year 200 to 300 young adults die of undiagnosed heart problems; in many of these cases having a defibrillator on hand is the difference between life and death. Even so, there are any number of schools, parks and recreational areas that do not have this life saving equipment. 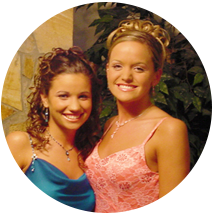 When a previously undiagnosed condition called Mitral Valve Prolapse took the life of seventeen-year-old Jessica Clinton in 2003, her grief-stricken parents vowed to keep her memory alive forever. In January of 2004 Cheryl Lalloo, along with her husband and daughters, began to follow through on that promise by founding the Jessica Clinton MVP Foundation.

The Foundation is dedicated to providing CPR/AED training and Automated External Defibrillators to schools, parks, playgrounds and recreational facilities throughout the state of Florida. They are also creating an awareness campaign to educate the public about often undiagnosed heart condition and to encourage electrocardiogram a EGK screening for people of all ages.

Since its inception, the Foundation has provided over sixty-five of the Automated External Defibrillators to Florida schools and recreational facilities. The foundation also works in cooperation with local agencies to conduct CPR/AED training programs.

In addition to ongoing awareness programs, the Jessica Clinton MVP Foundation sponsors Jessie’s Team in the Annual American Heart Association Heart Walk. The Foundation is also a member of “Parent’s Heart Watch” a national organization dedicated to the prevention of unnecessary death in children, from Sudden Cardiac Arrest.

Throughout the year special events are held in local venues to fund the ongoing purchases of additional AED units. For more information on The Jessica Clinton MVP Foundation and upcoming events, please contact us.